Back to Articles | « Previous | Next »
Home » By the end of the century, summer weather could last half a year (and that’s not a good thing)

By the end of the century, summer weather could last half a year (and that’s not a good thing) 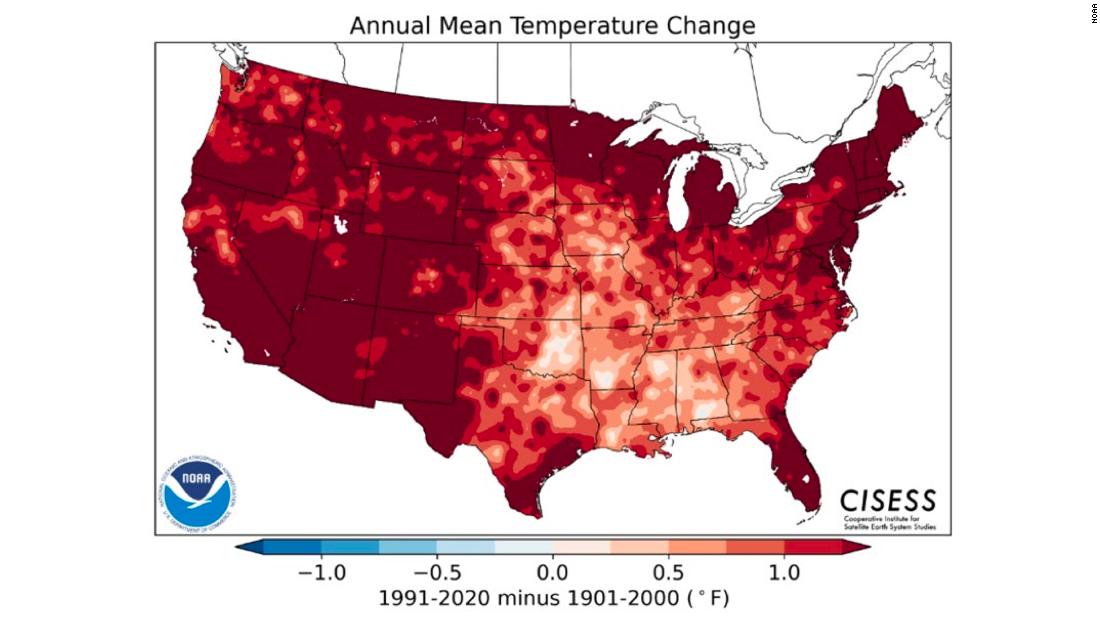 By the end of the century, summer weather could last half a year (and that's not a good thing)

(CNN)As weather experts and climatologists discussed the new climate normals being released next month, they came to a conclusion: "Climate change is clearly seen in these new normals," said Mike Palecki, a project manager for the National Oceanic and Atmospheric Administration's (NOAA) 1991-2020 climate normals.

For the past decade, when a meteorologist in the US has said that a temperature or type of precipitation is above normal, they were comparing it to the average based on weather observations from 1981-2010. In May, a new average will be used, using data from 1991-2020. These new climate normals show a warmer and wetter US.

Climate normals are a 30-year average of recent climate conditions, according to NOAA. They provide the baseline for comparing weather and climate to the recent past.

Breaking it down further by showing the 30-year temperature normals of the past century side-by-side shows "the huge difference in temperature over time as we go from cooler climates in the early 20th century to ubiquitously warmer climates here in the last two sets of normal," said Palecki.