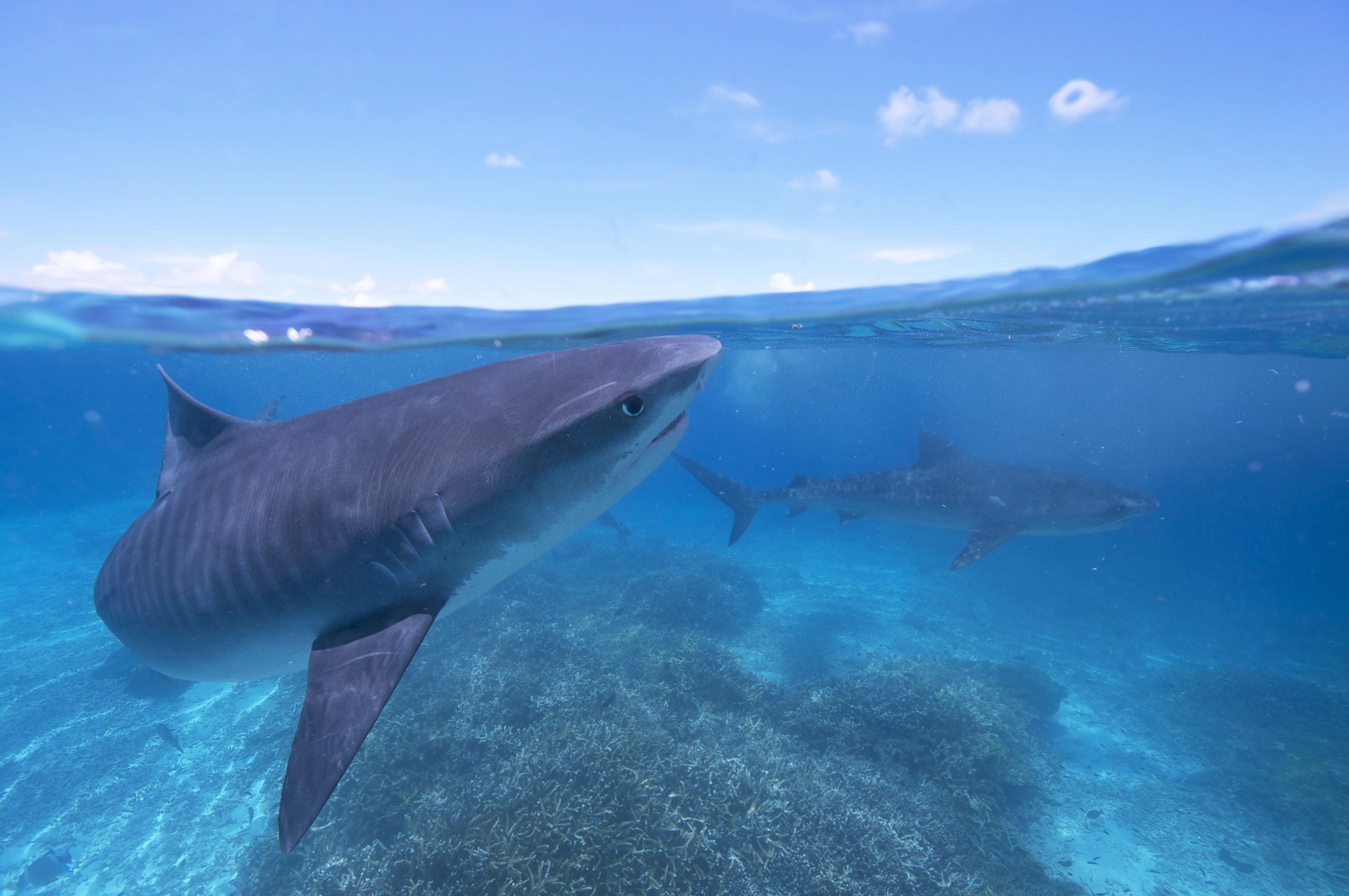 With a flick of its powerful tail, the large predator glides through the turquoise water off Sydney, Australia. It would blend perfectly with its surroundings – the tiger-like stripes on its sides ensuring that – if it wasn’t for the bright orange tag mounted on its dorsal fin. The researchers from Macquarie University held their breaths until they could no longer see the shark in the glint of the sun.

Where would it go? Well, that’s what PhD Candidate Yuri Niella and his team were hoping to find out.

“Previous work has showed that tiger shark movements along the east coast of Australia, particularly further south, are related to warmer water temperatures,” said the Macquarie University graduate student and lead author of a new tiger shark study. “This made us wonder how climate change could be influencing the distribution of the species, and whether different biological groups (juveniles, adults, males, and females) might be responding similarly or not to ocean warming.”

Globally, marine animal distributions are shifting in response to a changing climate. The greatest ocean warming in the Australian region since 1970 has occurred around southeastern Australia and Tasmania, thanks to the influence of the East Australian Current (EAC). This complex southward flowing current covers as much as 62 miles (100 km) in width and 1,640 feet (500 meters) in depth, sweeping warm water down the east coast of Australia. Originating In the nutrient-poor water in the Coral Sea, it’s the largest ocean current close to Australia and moves as much as 30 million cubic meters of water down the coast into the cool waters of the Tasman Sea.