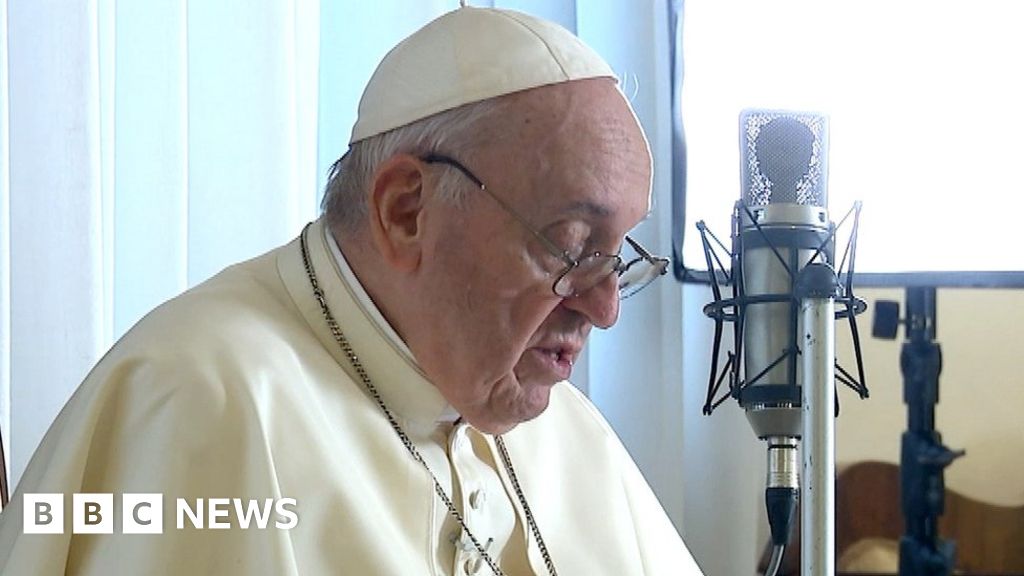 In a message recorded exclusively for the BBC, Pope Francis has called on world leaders meeting next week at the UN Climate conference in Glasgow to provide "effective responses" to the environment emergency and offer "concrete hope" to future generations.

Speaking from the Vatican for BBC Radio 4's Thought for the Day, the Pope talked of crises including the Covid-19 pandemic, climate change and economic difficulties, and urged the world to respond to them with vision and radical decisions, so as not to "waste opportunities" that the current challenges present.
"We can confront these crises by retreating into isolationism, protectionism and exploitation," the pontiff said, "or we can see in them a real chance for change."

He evoked the need for "a renewed sense of shared responsibility for our world", adding that "each of us - whoever and wherever we may be - can play our own part in changing our collective response to the unprecedented threat of climate change and the degradation of our common home."

The Pontiff is due to meet US President Joe Biden at the Vatican later. Mr Biden's domestic climate policies remain on hold after his party postponed a vote on his spending plans.

The message is a reminder of the emphasis Francis has placed on environmentalism throughout his pontificate.

He has frequently evoked the climate crisis in speeches, and in 2015 published an encyclical, or papal document, called Laudato Si' focusing on the issue. In the text, subtitled On Care for our Common Home, he decried environmental destruction, stressed the need to take mitigating measures and gave an unambiguous acceptance that climate change was largely manmade.

The letter was issued before the 2015 UN climate conference in Paris, COP21, and was seen as having some impact on pushing leaders towards an agreement.