The ‘doomsday’ glacier is on the brink of collapse 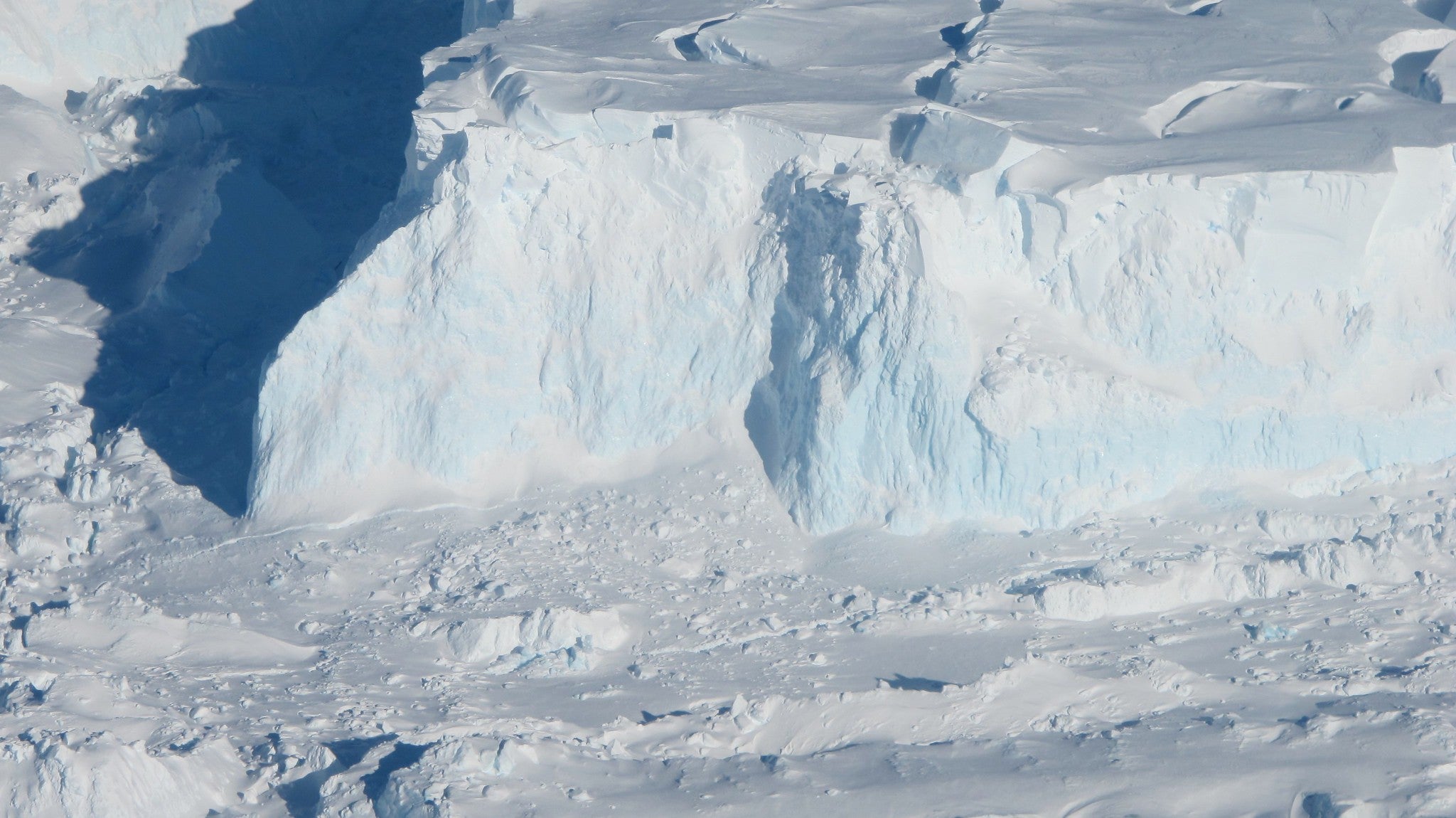 The ‘doomsday’ glacier is on the brink of collapse

Something scary is brewing under the surface of Antarctica.

One of the ever-looming threats of climate change is sea level rise, which already threatens to displace millions of people worldwide and force them to move inland by the end of the century. A big part of the rising water levels are hotter temperatures at the poles—home to giant glaciers and ice shelves that hold crucial quantities of frozen H2O.

The Florida-sized Thwaites glacier in Antarctica, nicknamed the “doomsday glacier,” is already losing 50 billion tons of ice each year. That in itself accounts for around 4 percent of annual global sea level rise. But unpublished research shared at the American Geophysical Union fall meeting this week shows that the thinning ice shelf extending from Thwaites could shatter within the next three to five years. Behind Thwaites lies an even larger body of ice that, if the glacier melts, will be exposed to increasingly warm waters.

“Thwaites is the widest glacier in the world,” Ted Scambos, a senior research scientist at the Cooperative Institute for Research in Environmental Sciences (CIRES) and lead coordinator for the International Thwaites Glacier Collaboration (ITGC), said in a press release. “It’s doubled its outflow speed within the last 30 years, and the glacier in its entirety holds enough water to raise [global] sea levels by over two feet. And it could lead to even more sea level rise, up to 10 feet, if it draws the surrounding glaciers with it.”

Thwaites has been in trouble for a while now—and scientists have been trying to figure out how exactly climate change will impact the rate of melting on it and other vulnerable glaciers. These new insights, however, show that the warming Southern Ocean is melting the ice from below, forming large cracks across the floating ice shelf.

Melting of a crucial ice shelf could mean massive sea level rise from the "doomsday glacier," and the ice that rests behind it.